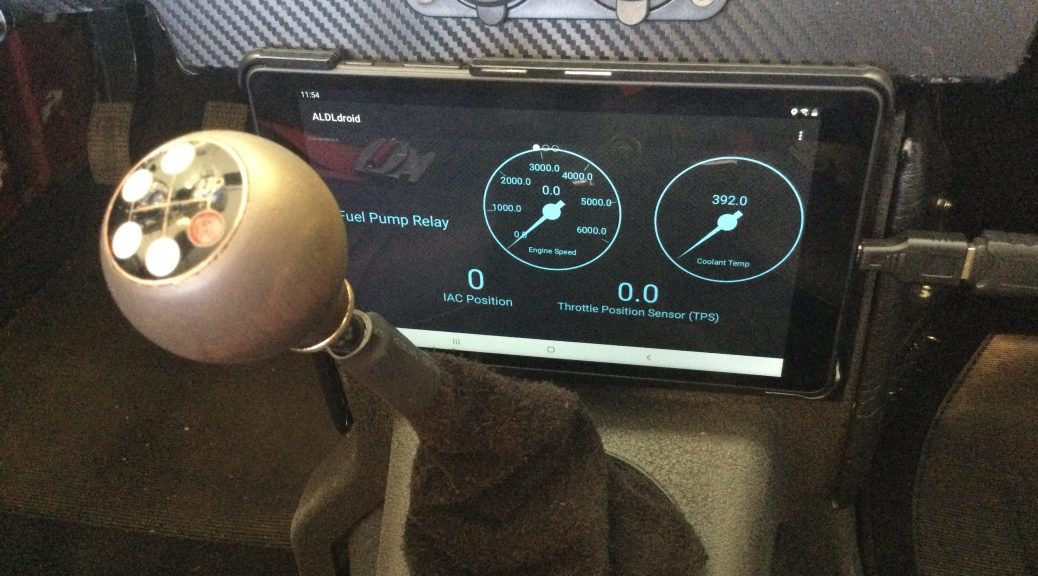 Installation of Rick Patton’s TBI fuel injection kit was a breeze because of two factors: it is almost entirely “plug and play” with the exception of a couple easily made connections to power the computer and the fuel pump; and more importantly because of Rick Patton himself. He provided excellent customer service and enthusiasm about my project, and he’s a TR6 owner, as well. Since this was my first experience with a fuel injection conversion, I’ll admit to needing a little hand holding and guidance.

The kit comes with all the documentation you need to get the system installed and working. In addition, Bob Danielson’s lengthy and thorough step-by-step narrative of his TR6 installation was extremely valuable.

When I got the system installed and ready to fire, it was a complete hoot to just reach in and turn the key and hear the engine come to life… no choke, no fussing about with the throttle. Once it is up and running, forget about carburetor servicing and tuning, that is what sold me on this conversion, as well as the promise of starting regardless of the temperature and, hopefully, better fuel efficiency.

There was a hitch once the car was ready to drive and I embarked on my 3 mile loop around the neighborhood. It would just suddenly die as if the key was switched off. This happened consistently: drive for a mile or two and it would just stop; coast to a stop; turn the key off, then it would start right back up and go a couple more miles. It was a frustrating period of examining my wiring job (I had also installed a new main wiring harness), and scratching my head, and getting ideas from Rick.

Finally, I decided to Google my problem and found that I was not alone. There were several posts out there about the GM TBI system failing in exactly the same way as mine. And the problem most often was an ignition control module (ICM) failure. I drove down to the local Chevrolet dealership and picked up the real GM article rather than replacement brand. Presto, my problem was solved and it has been smooth driving since then.

For data logging the kit includes Windows software that I installed on my laptop. The log files can be sent to Rick Patton for his review. I also picked up an Android app called ALDLdroid for my Samsung tablet, which I mounted where the radio would normally be installed. Not only can I plug into the ECM to display or log data, but it can also serve up Google maps, Pandora, and all the wonderful things you can do in modern vehicles.

Needless to say, I’m really happy that I chose Patton’s TBI kit to take care of induction. It is a source of pride when I pop the hood, er, bonnet and explain what is going on in there. Installation was straightforward and Rick was with me in spirit and by email, every step of the way.