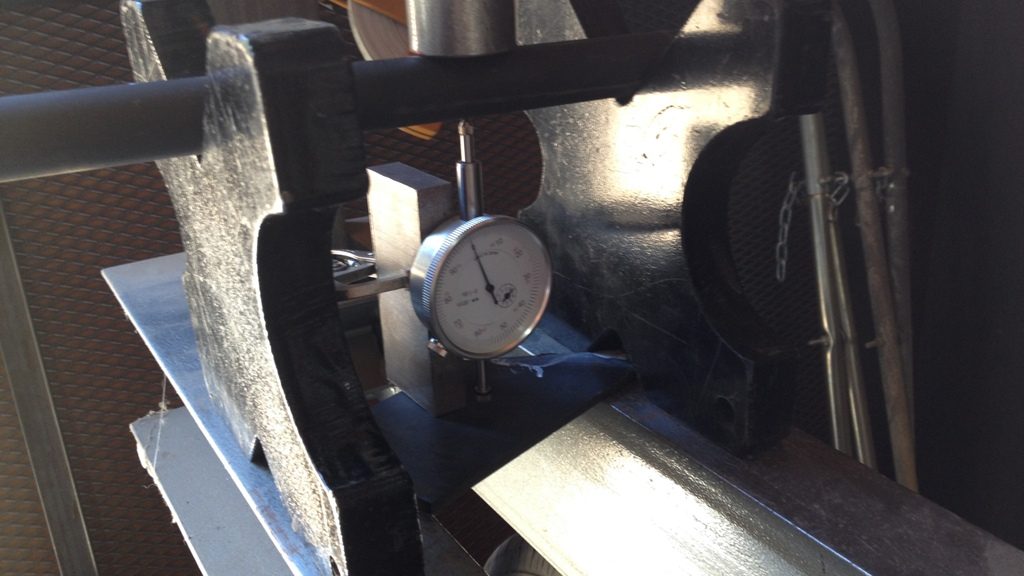 Doing this hot rod building and restoration stuff, either as a hobby or as a business, is so rewarding because it’s a creative endeavor. You’re bringing a vision that exists in your mind, through a planning stage and, finally, to a real physical product. As a Taoist might say, moving something from its Yin aspect to its Yang aspect.

But, damn… there’s always something. Especially when the creative process starts with a car or truck that is half a century old. There will be blood. And frustration. Rarely is anything simple and straightforward. Not complaining, mind you, problem solving is part of the fun. So with that in mind, we’ll share some solutions that might apply to your project as well as ours. 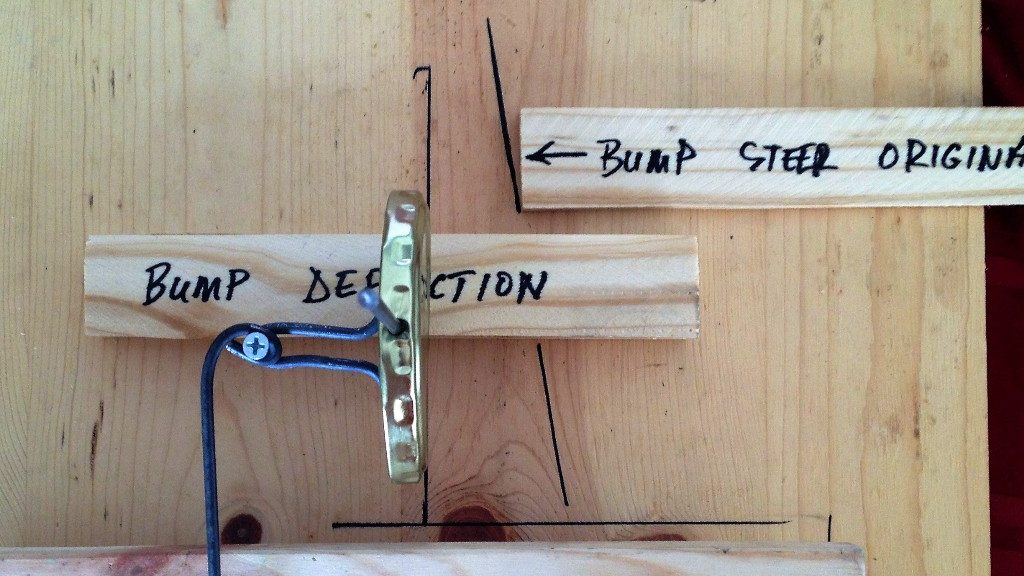 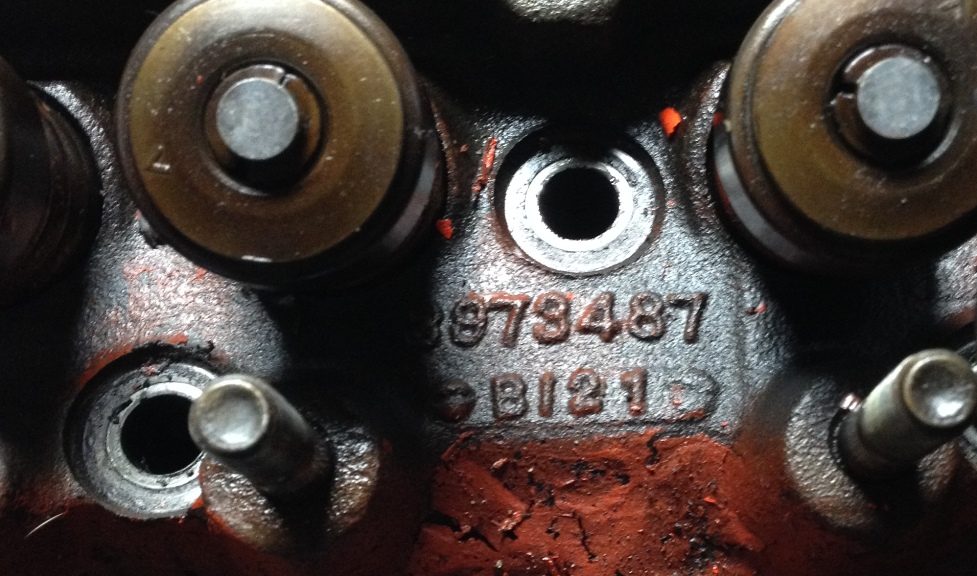 So, we bought the ’59 Apache. Generally, we knew what we were getting, but what exactly did we buy? Time for a little detective work.

To get a little more specific information, we looked for the engine’s three letter suffix, in our case “CGC,” found on the passenger side of the engine just below the cylinder head at the front. Turns out our engine was 350  from 1971 with 245 hp. It would have been installed in an El Camino with the turbo-hydramatic, or a full-size manual transmission car, police car, or taxi.

The “11J” at the beginning indicates the car was a Chevrolet, model year 1971, built at GM’s oldest assembly plant in Janesville, Wisconsin (set up in 1919, and shuttered in 2009). The beginning of the engine code “V0215” indicates the engine build was at the Flint plant on February 15th.

Removing the valve covers revealed the cylinder head identifying numbers “3973487” which indicates that this is a “smog” head with 1.94 intake / 1.50 exhaust valve diameters.  Not a good base for making power because of the size (76 cc) and shape of the combustion chambers. We ended up swapping these heads for ones with a 58 cc combustion chamber, just to put a little more pop in the explosion… more on that in a future post about the engine rebuild.

The final piece of the drivetrain  – the differential – yielded its specifications, as well, once we were able to guess correctly at the last digit of the casting number. 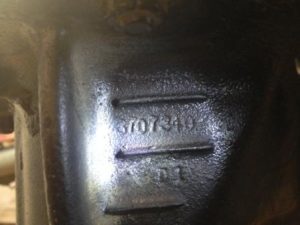 A Google search on GM differential 3707340 pointed us to a number of gear vendors. They revealed the same information…

Yukon Gear, Randy’s Worldwide, and Sierra Gear all list a GM55T-338 replacement ring and pinion with a 3.38 to 1 ratio along with all the other parts necessary for a rebuild. I would choose that ratio over the Apache’s, which seems to be a 3.90 ratio. In fact, I’d like to go even further via an overdrive transmission. If I could find a three-speed Saginaw with overdrive – for a reasonable price – I would swap it for the four speed in a heartbeat.

But first things first. Unfortunately, the Apache’s rear end is making the worn-ring-and-pinion howl and that means I need to put it on the bench for inspection and adjustment or replacement. 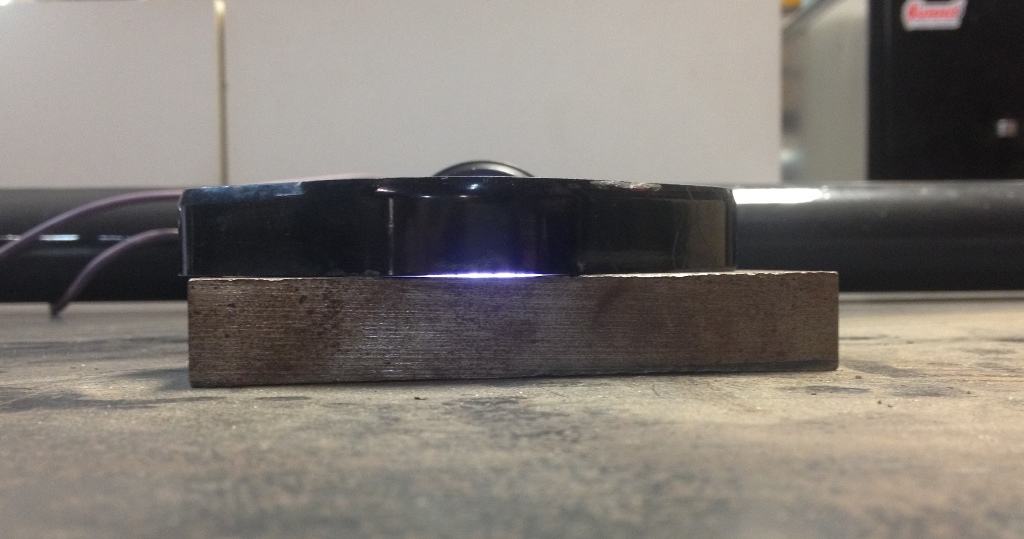 When the 1956 Chevy farm truck entered the barn in January, it was running pretty well. Vacuum at the intake manifold was at 20 inches and a compression check – wet and dry – showed even numbers across the cylinders. After pulling the engine we did a leak down check and again the numbers were similar for all the cylinders, even if percentages were a bit high. We could hear air escaping through the crankcase breather pipe, indicating the rings weren’t sealing as well as they might. But that check was with a cold engine, so we decided against a rebuild at this time.

We cleaned and painted the engine, rebuilt the carburetor, installed new spark plugs, set the valve lash and static ignition timing, and then added a power steering pump and alternator.

We went full quick and easy mode to fire up the engine and check for leaks, using the engine stand as our test bed.

We hooked up our two essential gauges – oil pressure and vacuum – and fired up the stovebolt six. And it ran like crap. Would not idle, vacuum below ten inches, ignition timing out in left field just to get it to run. We grabbed the aerosol can of carburetor cleaner for a squirt around the base of the Rochester and immediately the RPM increased. Bingo:  a vacuum leak. No problem, easy fix, right?

We tried every combination of gasket, no gasket, Loctite 518 with gaskets, 518 without gaskets, thick gaskets, thin gaskets… no improvement. We used our flat metal welding table and 600 grit wet/dry paper on both sides of the insulator, and on the carburetor base until we were sure they were flat. Still no improvement.

Finally getting smart, we brought out a flat chunk of metal that we keep in the toolbox and laid the insulator on it with a flashlight behind.

The insulator was clearly warped. We installed a new (nine dollar) insulator from Classic Parts of America, and, after doing a static ignition timing reset, put it all back together for the umpteenth time, and… eureka! The old six purred like a kitten and once again showed an excellent vacuum reading.

As you can see, Lance is excited… the engine is purring and he’s holding a Corona. We used a thick gasket between the insulator and manifold, but applied minimal torque on the bolts attaching the carburetor to the manifold. I may disassemble one more time and pitch the bottom gasket as I suspect it was a contributing factor with just two bolts holding down the Rochester 1 barrel.