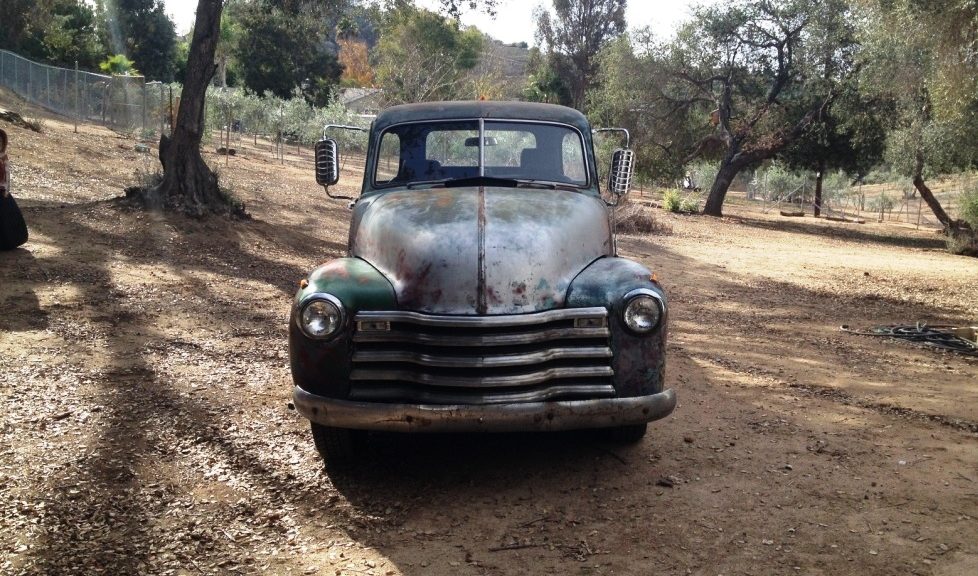 When my friend and fellow barn junkie, Lance, asked if we could get his recovered ’48 half-ton running again, I agreed. Little did we know it would take a fifteen month bite out of our schedule for the Apache. But after his truck – in his family for decades – was mistakenly sold from the private property where it was being stored, it took him quite a while to find it and reclaim it, and to convince the DMV that he wasn’t an axe-murderer. So what’s a few months in the grand scheme of things.

The reclaimed truck was minus its engine and transmission, and what remained of it was in a sorry state. Things were not looking good for this budget build until Lance found a restored ’48 chassis with a 327 small block and TH 350 transmission. The previous owner had thrown in the towel on a project started a decade earlier. The rest is history.